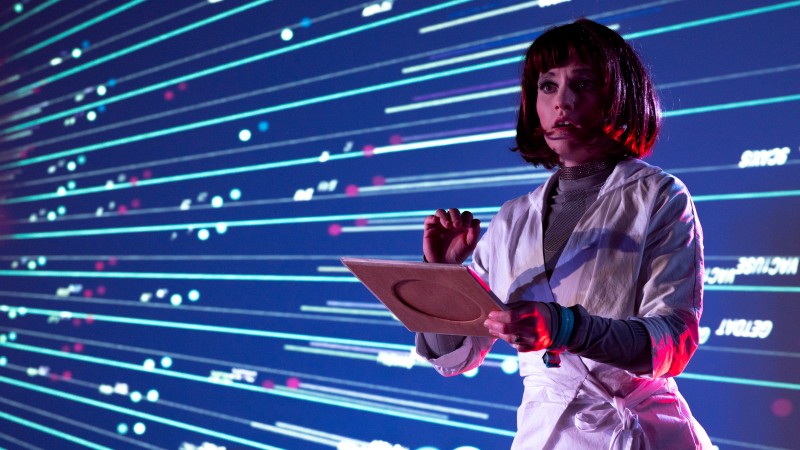 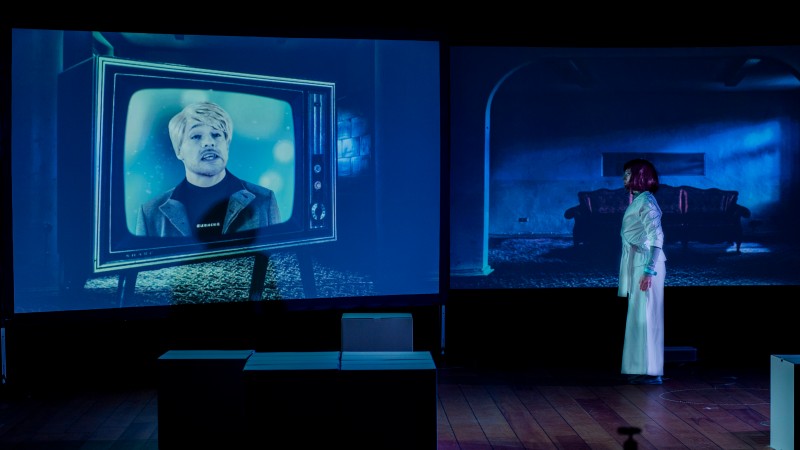 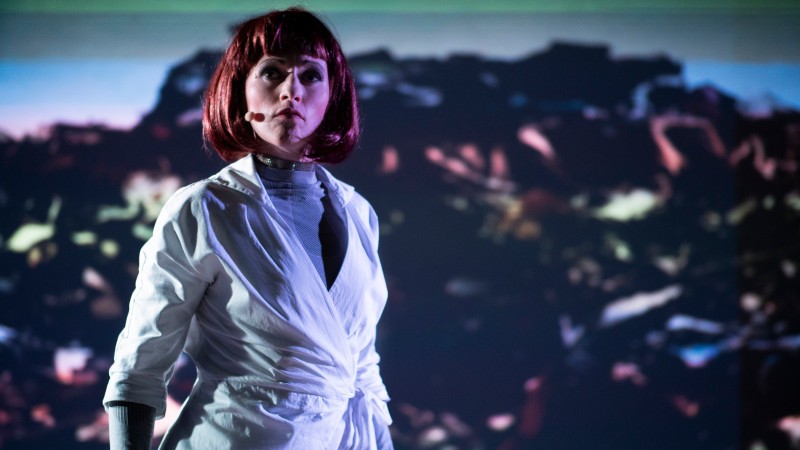 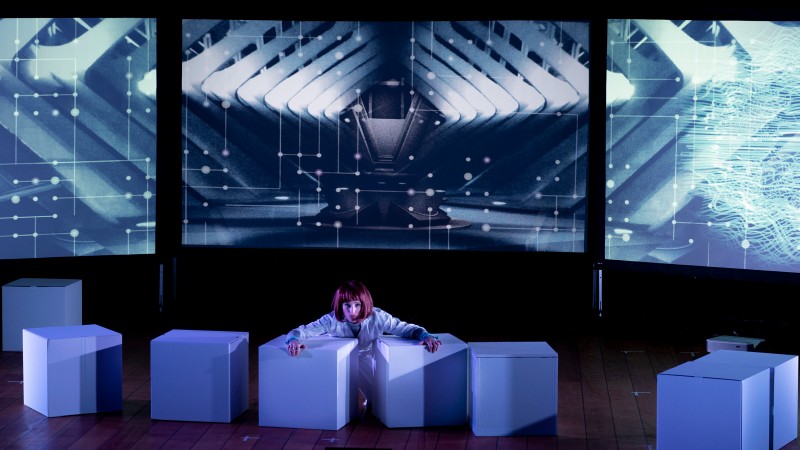 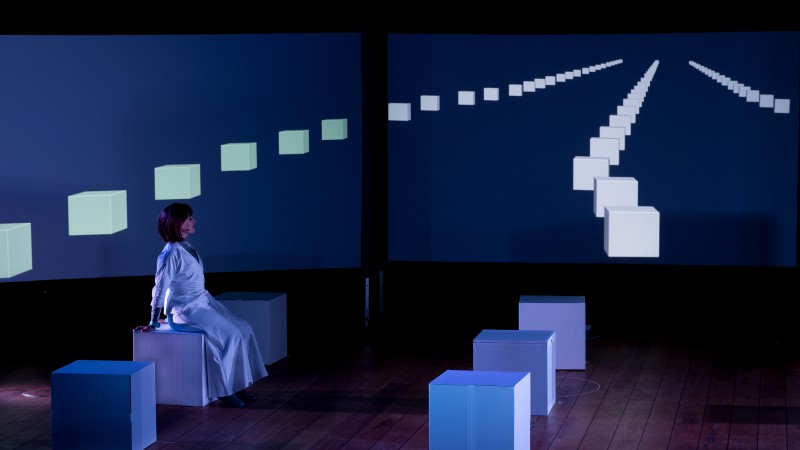 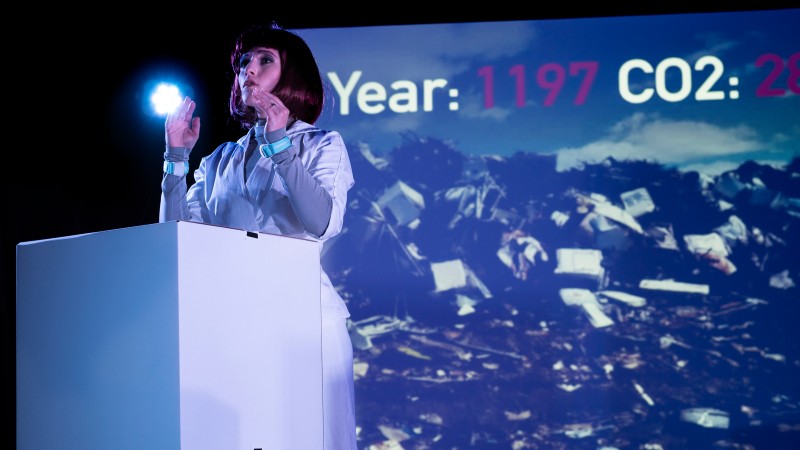 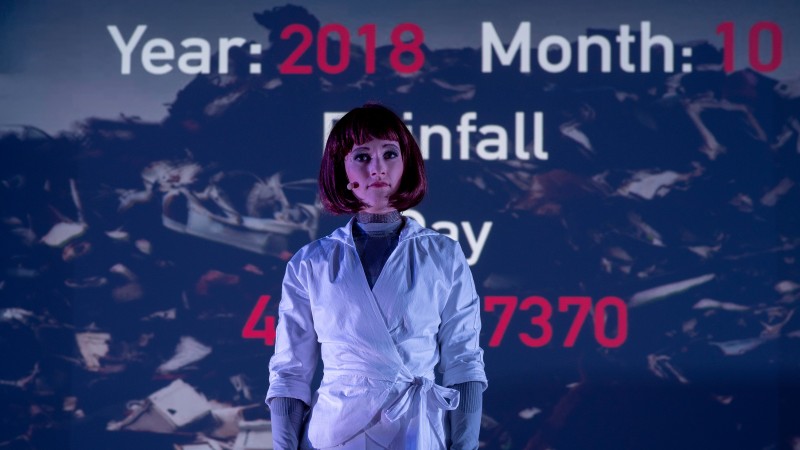 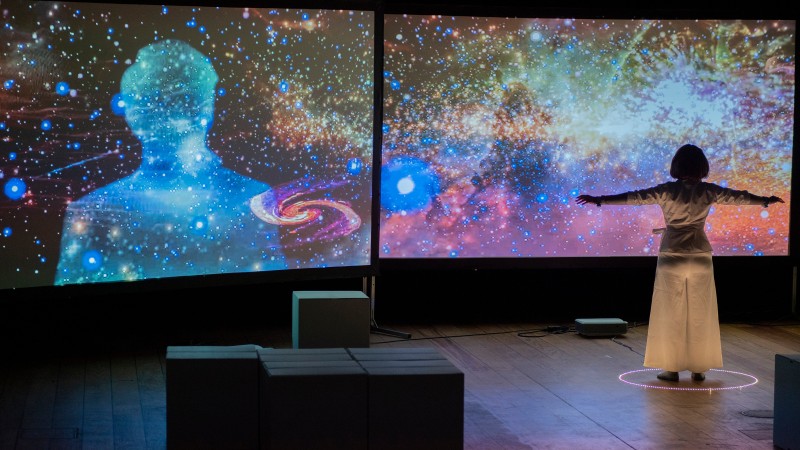 An opera by Franz Danksagmüller for a singer, viola, live electronics, two virtual singers and a digital stage design.
World premiere: 20 June 2019, 19:30 p.m., Orchesterzentrum NRW, Dortmund.
Further performances: Friday, 21 June 2019, 11:00 a.m. and 15:00 p.m.
Singularity – the fusion of mankind with artificial intelligence to form an omnipotent and omniscient network – is the starting point of the opera. While our planet threatens to become less and less habitable, life in the virtual world seems increasingly tempting.
People connect more and more with the system in which everything seems to be possible. There are no limits, no unfulfillable desires and the possibilities of expansion seem to be infinite - detached from the limiting body.
But with infinity, the boundlessness and the fact that everyone can reach everything or create himself, ambition, incentive and all other emotions disappear. Arbitrariness and indifference spread and the exponential development leads to a temporal standstill.
Because all individuals have grown together to a system, the differences finally cancel each other out, a single consciousness, a singular being remains. All occurrences become predictable – there are no more surprises, no more liveliness.
The system recognizes the danger of standstill, which would be synonymous with the dissolution of its existence, and creates a new being: Nova.
As an unpredictable and independent counterpart, Nova should challenge the system again and thus bring it back to new life.
Nova: Anna Herbst
Seth: Valdemar Villadsen
"The wholeness" / the system: Gerard Quinn
Viola: Olof von Gagern