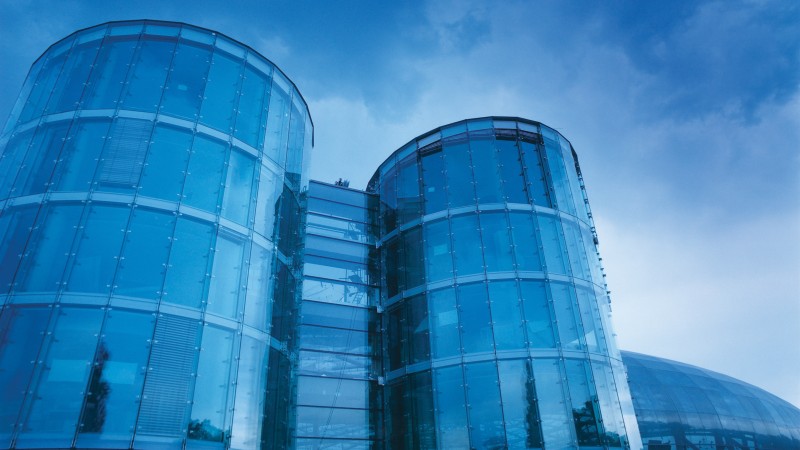 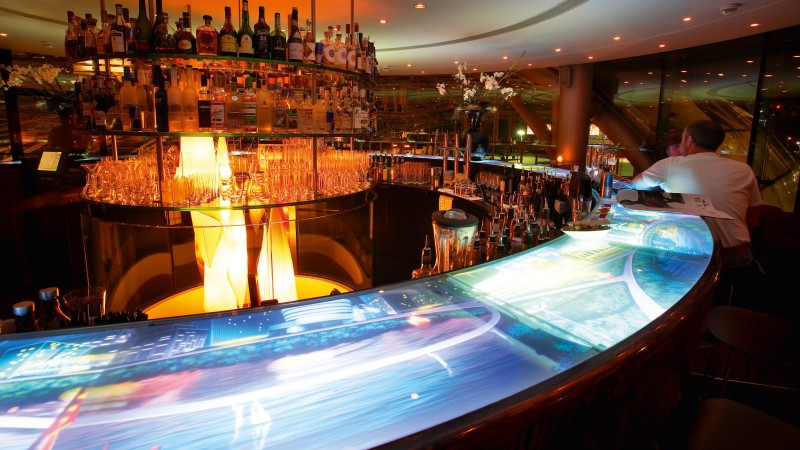 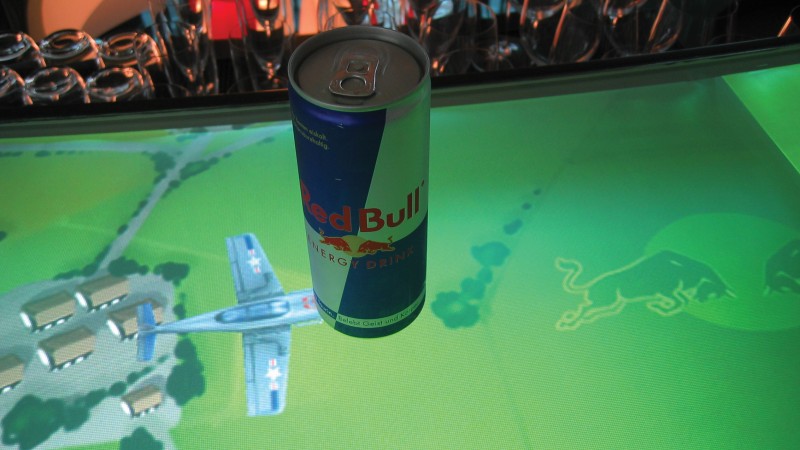 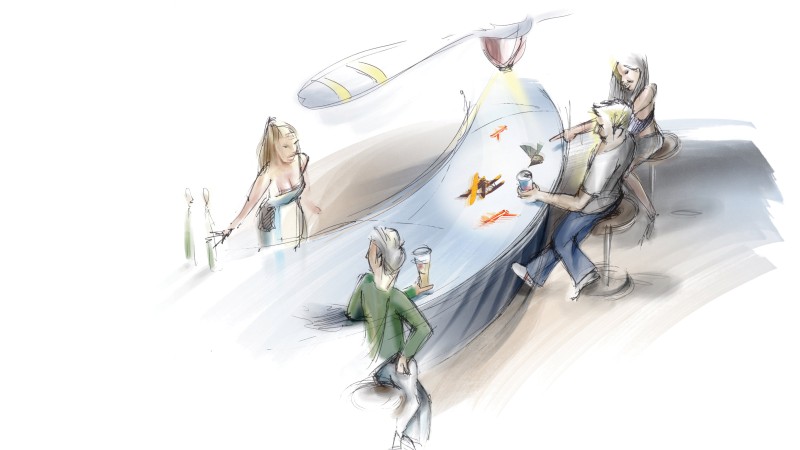 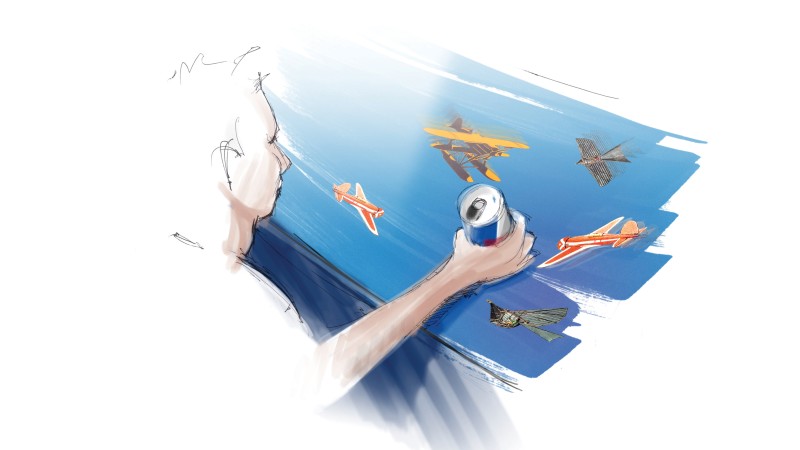 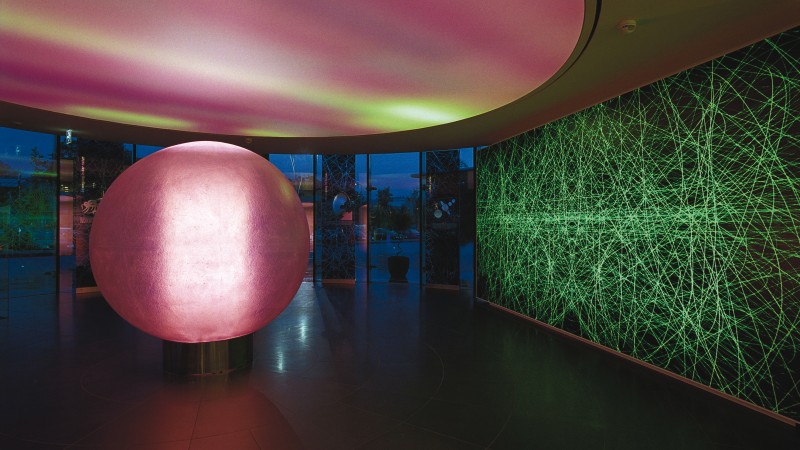 The Red Bull Hangar-7 at Salzburg Airport fulfils many purposes, which at first glance seem to conflict with one another. It is an air show centre with an air base for aerobatic troops and an aircraft showroom with numerous restored classic, veteran planes. It is also a location for art and lifestyle events and top-class gastronomy. The multimedia installations produced by checkpointmedia for this "high-tech entertainment area", reflect the building’s multiple uses.
The entertainment factor is of prime importance and aims to give visitors a great experience, full of surprises and excitement, in line with the company's image. After dark, visitors are shown the way to the hangar by means of a huge projection of the Red Bull logo.
Next to the entrance is the Doppler Foyer, which transforms a scientific topic into a sensory experience: centrally controlled light devices conjure up an artistic visualisation of the Doppler Effect (named after the Salzburg physicist Christian Doppler); transparent DVD-steles serve as information carriers and add audio elements to a sound collage.

The opening of Hangar-7 on August 22nd, 2003 stayed with the topic of flying and featured its own 1960s-style stewardess costumes for the hostesses. Steles shaped like aircraft tail assemblies displayed videos, pictures and information about the exhibited aircraft. Invitations were designed like VIP tickets and sent with a specially made folder and box. A Hangar-7 umbrella was designed and produced in the oval shape of the hangar. The main attraction in Hangar-7 is the Mayday Bar, which was equipped with interactive features between 2003 and 2010. The almost circular surface (270°) was conceived and developed as a continuous screen for interaction with the worlds of animation played out on it: aircraft of the Flying Bulls hovered over the Salzburg landscape, wrapped themselves round glasses, or fled from ashtrays. In a second setting - New York, comic style - amusing waiters interacted with cocktail glasses and mobile phones. Visitors to the bar could communicate with each other via a virtual communicator, a contemporary version of the legendary table telephone. In 2003, the technical implementation of the Mayday Bar was a complex matter: 38 PCs in 18 modules, each with a projector, detected what was happening at the bar through infrared sensors. The computer registered the data objects, which in turn triggered a programmed interactive response. The technology was integrated into the bar counter and completely invisible to guests.