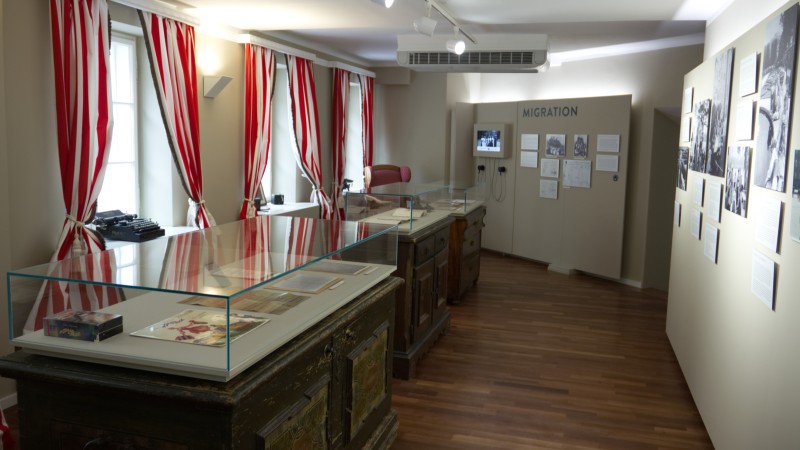 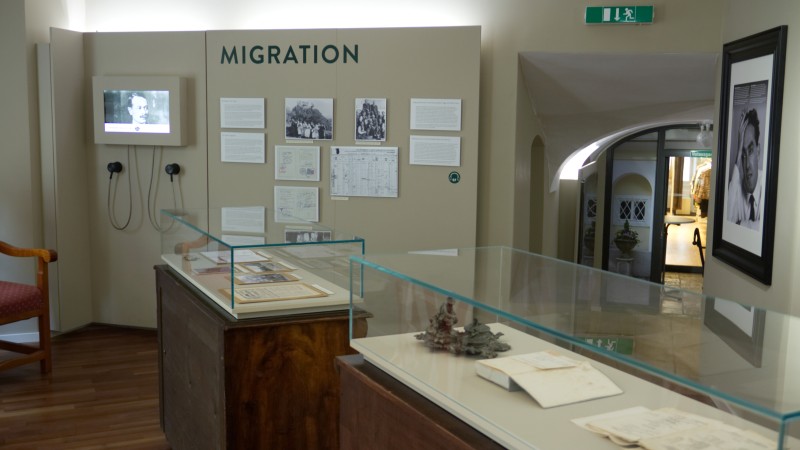 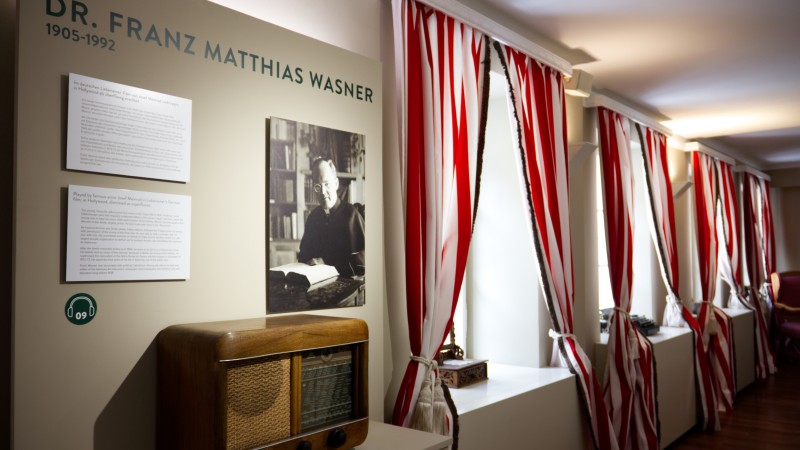 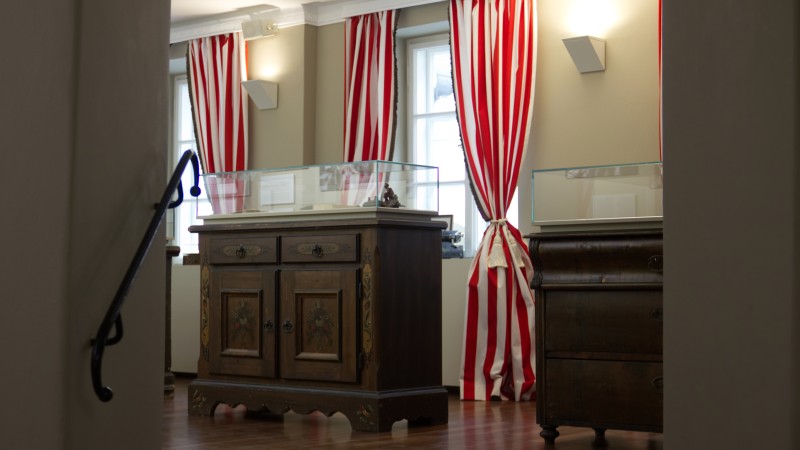 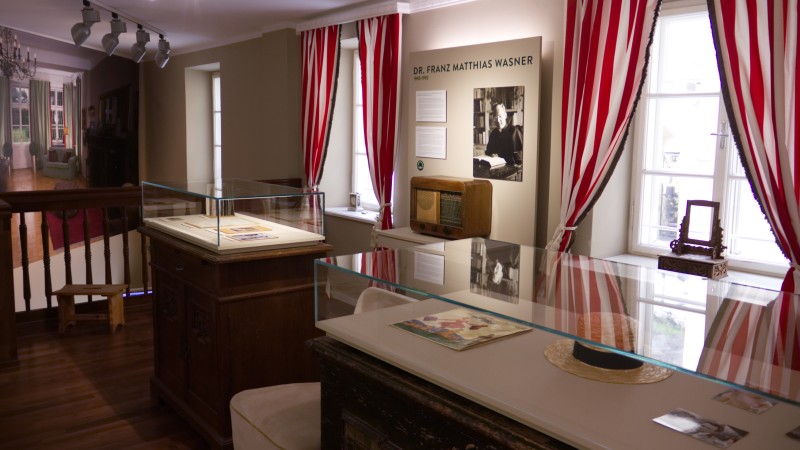 At the heart of the "Sound of Music World" are the central stations in the life of the Trapp family. In the history of the well-known singing family, events, changes, continuities and disruptions in Austria are united in the first half of the 20th century.
The exhibition is devoted to three major thematic blocks – the family history, the history of Villa Trapp, which was used by Heinrich Himmler as "Feldkommandostelle Bergwald", among others, and a confrontation between film and reality.
One focus is on the person of Georg von Trapp, captain of the corvette, author and today representative of the defunct Austro-Hungarian monarchy. After the family lost most of its assets in the course of the economic crisis, the family Trapp began to appear publicly as a choir out of necessity in 1936. During this time, for instance, they sang for the Austrofascist Chancellor Schuschnigg as well as for the Italian dictator Mussolini or Pope Pius XI. After the "Anschluss" in 1938, the family planned to leave Nazi-Austria. The exhibition explores the individual stages of migration until the Trapp family finally set foot in the USA.
Lastly, the cinematic reality depicted in the Robert Wise film "The Sound of Music" is juxtaposed with the reception, the "movie reality" and Austrian contemporary history in 10 viewpoints.
Due to the wide range of topics, the "Sound of Music World" offers information in addition to the current family history linked to the commercialism of film and musical. From the very beginning, the exhibition was designed in such a way that not only sound-of-music enthusiasts, but also people from Salzburg can enjoy something interesting.