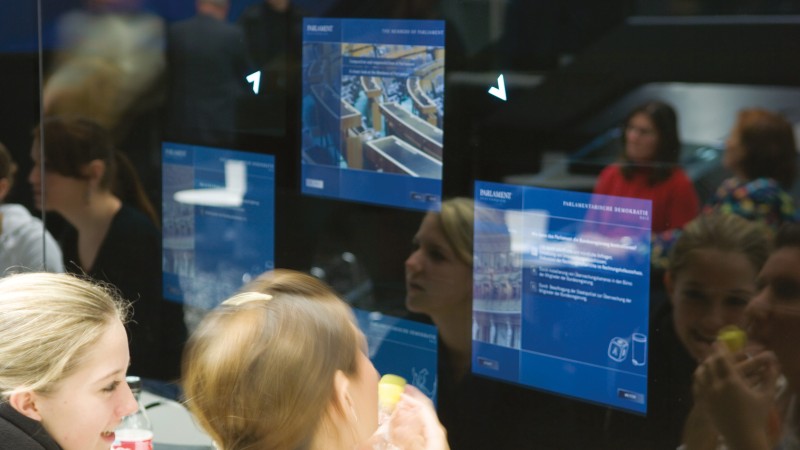 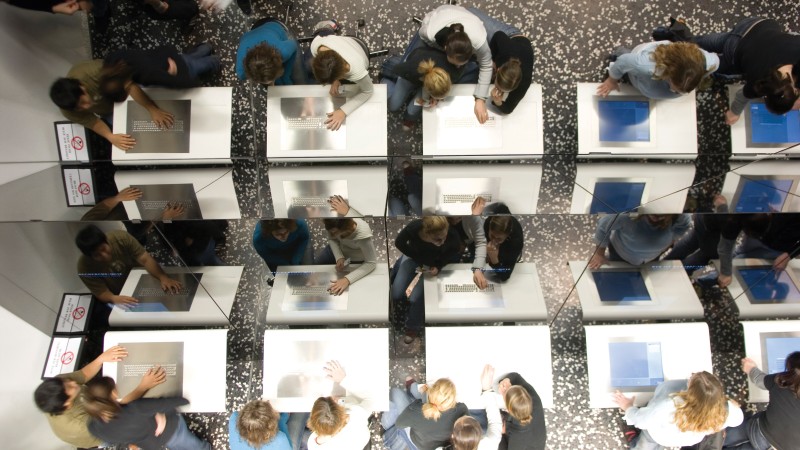 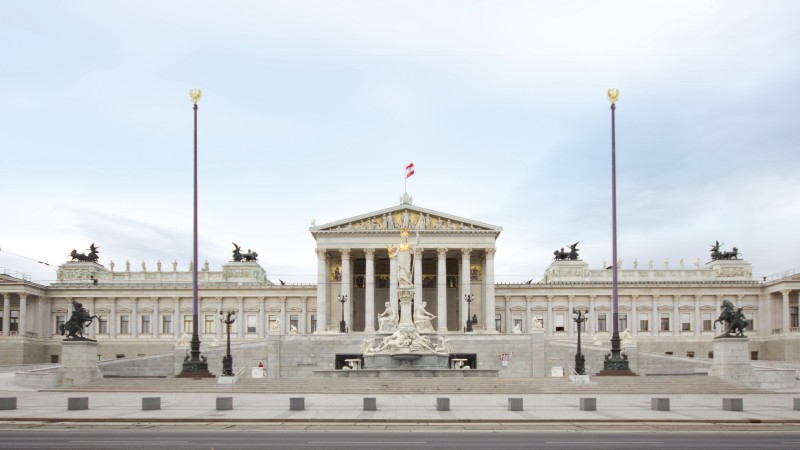 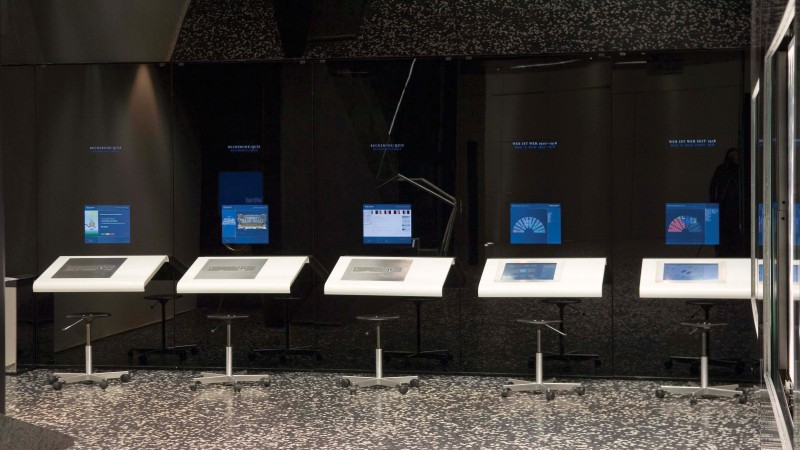 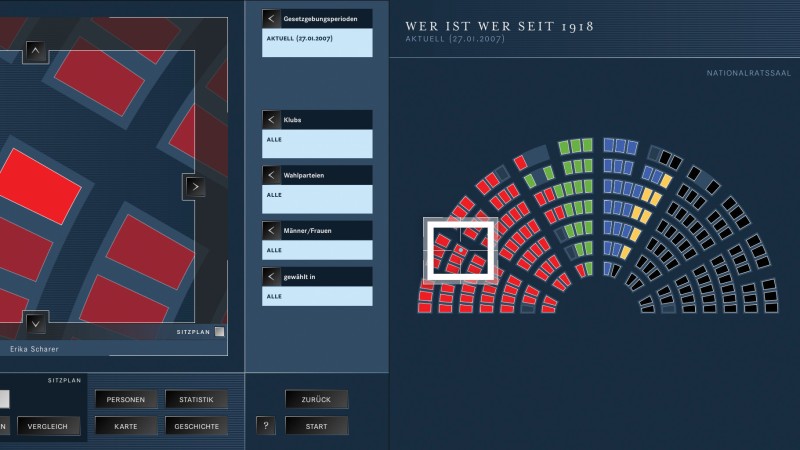 Multimedia to convey knowledge
The visitors' centre at the Austrian Parliament, created by architects Geiswinkler & Geiswinkler, represents an opening up to the outside world and provides a gathering point for tourists and interested citizens. The use of multimedia serves above all to convey knowledge and is integrated into the architecture, e.g. the stations behind tinted glass are only perceived when they are switched on and active.
On their arrival, visitors are greeted by an oversized media wall showing a film as an overture. At the first station, the process of making laws, which is the principal task of parliament, is presented simply and intelligibly on three synchronised monitors. The basic tenets of parliamentary democracy in Austria are elucidated in an interactive installation based on four elements: "Citizens", "Members of Parliament", "Laws" and "Enforcement".The Wheel of Time shows video clips that provide an overview of the historical cornerstones of Austrian parliamentarianism. It is operated by a large rotating mechanical wheel, by means of which one navigates along a time line. The Time Machine also allows larger groups to watch a film about the history of parliamentarianism in a "cinema atmosphere". With the "Time/Reading Glass" feature, a multimedia installation that combines virtual and mechanical elements, the public is able not only to explore the exterior of the Parliament building in great detail but also look inside it. Hotspots communicate interesting information about the architecture and functions of the building. In 2006 the visitors’ centre of the Austrian Parliament won the Austrian State Prize for Multimedia in the category "Public Information and Services".
Client: Geiswinkler & Geiswinkler Architekten ZT GmbH for Citizen Services of the Parliamentary Administration, Republic of Austria
Artistic direction multimedia: Virgil Widrich
Technical direction: Stefan Unger
Commercial management: Stefan Reiter
Project management: Catrin Neumüller
Concept: Sigrid Markl
Assistance concept: Katharina Zahradnik
Graphic design: Robert Six