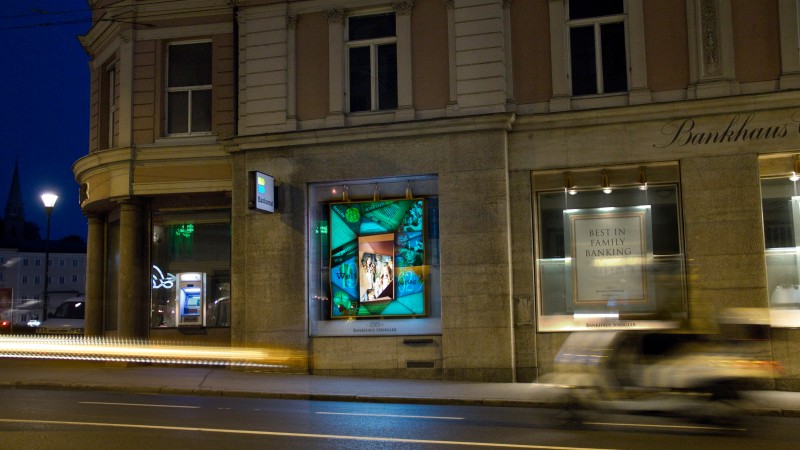 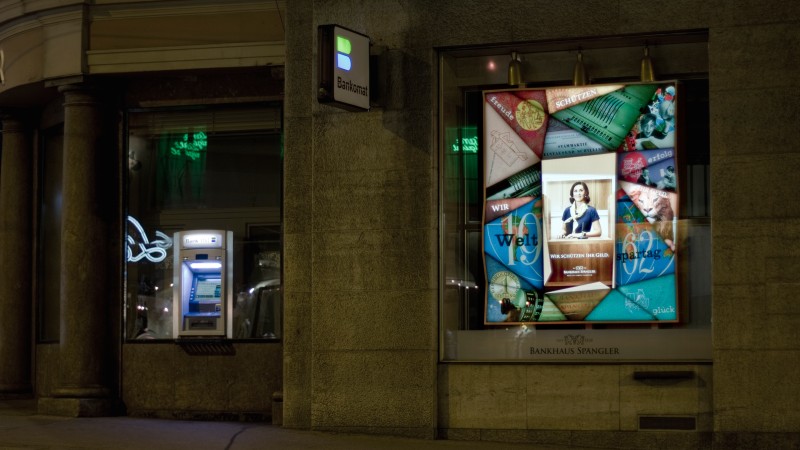 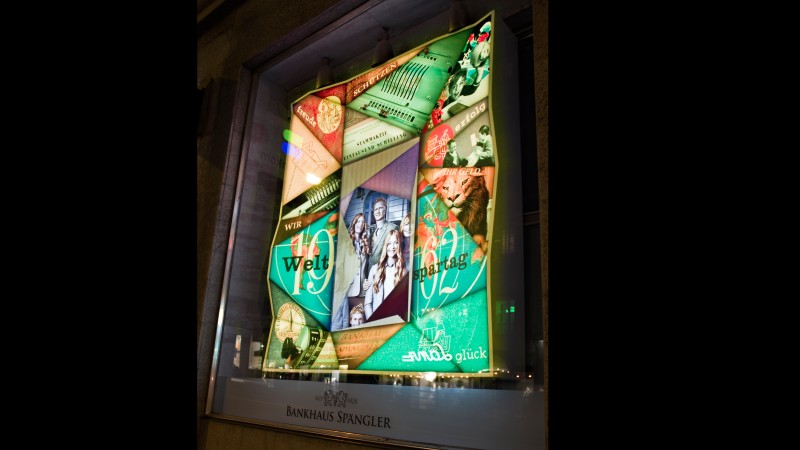 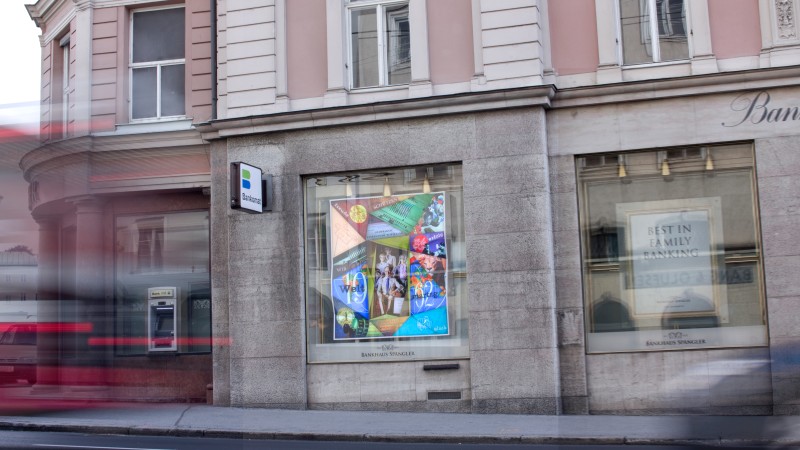 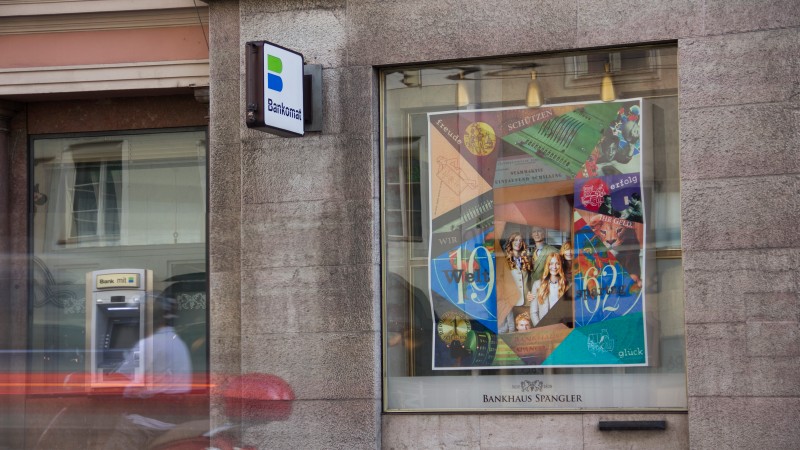 Design and implementation of a faceted display window collage

Bankhaus Spängler, founded in 1828 and still family-owned, is an independent private bank with its head office in Salzburg and branches in ten other locations. checkpointmedia developed the prototype for an innovative display window for the historic headquarters in Schwarzstraße, Salzburg.
A case that can be illuminated from the rear contains a faceted structure consisting of translucent Plexiglass sheets on which printed film is stuck. These feature a collage of images from the bank’s long history that come from the firm’s in-house archives.
Each of the 20 cells can be illuminated separately using RGBW LED lamps in any combination of colours. Judicious colour selection allows a single printed image to appear as two, for instance by using green lighting to eliminate the green print while the red is accentuated all the more. In this way, changing the lighting can produce the effect of slowly-shifting iridescence across the images.
A 55-inch monitor rounds off the visual display with a corresponding animated film. The brightness of the lighting and the monitor changes to match the time of day. The images – both on the film covering the Plexiglass sheets and the animated film – can be changed to reflect the changing seasons and modified for years to come.
Concept and realization: checkpointmedia GmbH
Technical planning: Atelier Mauch
Construction: Holzmanufaktur und Vitrinenbau Auer GmbH
Printing: Karl Holzmann GmbH
Lighting: Ldde Vertriebs GmbH
Programming: Bildwerk Media OG
Film animation and graphic design: Oleg Prodeus